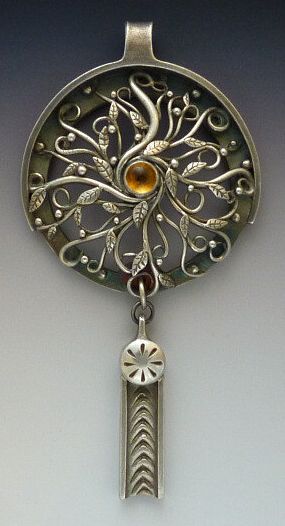 There are many varieties of metal clay and firing methods vary from brand to brand. But there are some general rules of thumb when it comes to firing any metal clay.

Most metal clays can be torch fired in very small amounts. Torch firing can be a useful method for someone starting out in metal clay who isn’t ready to invest in a kiln. But the more consistent and extended temperatures possible with a kiln firing are preferable. 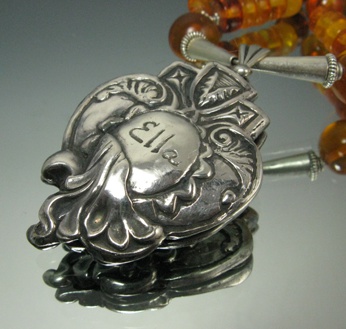 Metal clays can be fired in a wide range of kilns, both top and front loading. Many metal clay artists prefer front loading kilns because they allow easier access to the kiln while it is still warm. However, kilns come in a huge range of sizes and shapes and metal clays will work in virtually all small kilns.

Fine silver and gold clays are fired on an open shelf. Manufacturer’s recommendations vary, but most can be fired at 1650 F (900 C) for two hours or less. 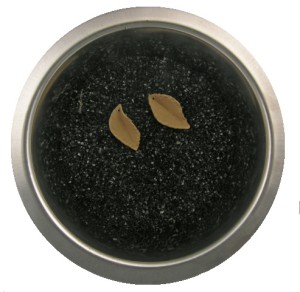 Firing Base Metal Clays in Carbon.

In order to prevent oxidation that can be very difficult or impossible to remove, silver alloy clays (sterling) and base metal clays (bronzes, copper, and steels) are fired in a vessel filled with activated carbon. Firing methods preferred by various manufacturers and artists differ quite a bit when it comes to base metal clays. Many involve a two-step process in which the organic binders are burned away with a torch or in a kiln before the piece is placed in carbon. Others require a single stage firing with the piece buried during the entire firing process. As with precious metal clays, a small programmable kiln that will hold temperatures for 1-2 hours will fire most any kind or combination of base metal clays. 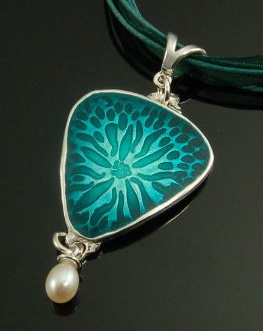 After firing, silver clays have a white appearance, which polishes to a matte finish when brushed with a wire brush and a high shine with tumbling . This finish is beautiful without embellishment. But for many metal clay artists, creating the fired piece is only part of the process. Patinas, inks, and stains can be applied to enhance the surface of metal clays. Metal clay is also used in combination with enamels, resins, and other materials to great effect.

Even though they are fired in carbon, base metal clays tend to come out of the kiln looking dark and a little rough. Polishing with a rotary tool, such as a Dremel tool, is recommended for base metals. From time to time, base metal clays may also emerge from the kiln with small cracks. These cracks may be repaired by filling with metal clay paste and re-firing.